Jon Pahl is Come to Finland

Jon Pahl, the author of the book “Fethullah Gulen : A Life of Hizmet: Why a Muslim Scholar in Pennsylvania Matters to the World” is coming to Finland on a tour around Europe in order to meet the readers.

We are happy and delighted to announces that we will host Dr.Jon Pahl, where he will share his knowledge and experience based on his latest book. We invite interested parties to contact us if they wish to co-organize/co-host this event. Please follow our homepage to see the updates and details of the event coming soon. 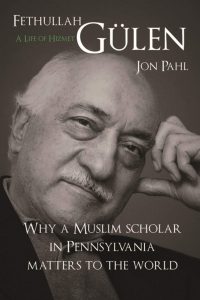 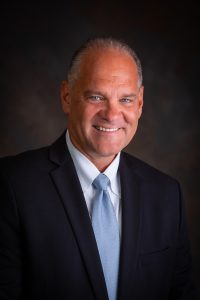 Book
In this first critical biography of Fethullah Gulen in English, historian Jon Pahl takes us on a journey where
we discover wisdom and controversy, from 1940’s Turkey to the U.S. in the twenty-first century. Pahl tells
the story of a pious Muslim boy from a tiny and remote Turkish village who on the one hand has inspired a
global movement of millions of individuals dedicated to literacy, social enterprise, and interreligious
dialogue, but who on the other hand has been monitored by Turkish police, seen as a threat by autocrats,
and recently declared number one enemy by the current Turkish dictator. With lively prose and extensive
research, Pahl traces Fethullah Gulen’s life and thought in its contexts, states clearly his own positions,
and then lets readers draw their own conclusions from the evidence about this undeniably significant
historical figure.

About the author Jon Pahl
Peter Paul and Elizabeth Hagan Professor in the History of Christianity
215-248-6397
jpahl@uls.edu

Jon Pahl is a historian of American religions and the history of Christianity, a public theologian, and an
award-winning teacher, musician, and community activist. He received his B.A. from Valparaiso
University, M.T.S. from Trinity Lutheran Seminary, and Ph.D. from the University of Chicago Divinity
School. Dr. Pahl has spoken with audiences at Oxford and Cambridge Universities, Stanford, Yale,
Princeton and many other academic venues around the globe, in addition to his work as a youth minister,
lay preacher, administrator, Board member, and teacher in many diverse congregations and agency
settings. He is writing a book with the title A Coming Religious Peace?, and a biography of the
controversial Turkish Muslim preacher Fethullah Gülen, under the working title Fethullah Gülen as
Peacebuilder: A Life of Hizmet. He lives on a lake in Clintonville, WI with his wife of 35 years, Lisa, and he
maintains an apartment in Philadelphia’s Fairmount Park neighborhood. He enjoys gardening, spending
time with his extended family and friends, and sitting in on the sax with jazz, gospel, and r and b bands.
Education

B.A., Valparaiso University (History, Religion, Christ College), 1980;
M.T.S., Trinity Lutheran Seminary (History, Theology, Society), 1983;
Ph.D., The University of Chicago Divinity School (The History of Christianity, 1990)
Publications
Dr. Pahl has published dozens of articles, essays, columns, and reviews; has appeared on media outlets
from the BBC to ABC, and is author or editor of six books, most recently Shopping Malls and Other
Sacred Spaces: Putting God in Place (Wipf and Stock), and Empire of Sacrifice: The Religious Origins of
American Violence (NYU). All of his books are on amazon.com.
Mailing Address
7301 Germantown Avenue
Philadelphia, PA 19119